La Liquière is a 60-hectare family-run property entirely devoted to Faugères, an appellation located on the low foothills of the Cévennes which is known for its stony, hard ground (the famous schist soil here is very permeable and acidic, with low fertility). François Vidal, his sister Sophie, his brother-in-law Laurent and their parents share the daily task of cultivating the vines and vinification, following the seasons. Although Sophie and Laurent are oenologists, François is trained in law. Twenty years later, though, he needs no-one to plead in his favour, having long since won the room over. The Vidals are undergoing the second year of organic conversion, cultivating their vines with care and consistency. Here, biodiversity has been preserved and they work hard, with manual ploughing and organic fertilisers, to maintain it. That's why the domain, located amid scrubland and green oak forests, is entirely cultivated by hand, despite abrupt slopes. The domain's wines are an ideal reflection of the expression of this schist terroir, sited at an altitude of between 150 and 400 metres. The red wines are produced traditionally from Grenache, Syrah, Carignan, Mourvèdre and Cinsault; the whites are made from Grenache Blanc, Roussanne, Terret and Clairette.

La Liquière: All wines from this producer

La Liquière: All wines from this producer 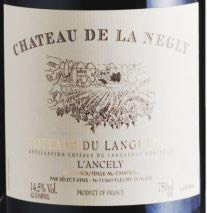 Mourvèdre, Syrah
One of the three excellent cuvées produced by this Languedoc domain. All prices

70% Syrah, 15% Grenache, 10% Mourvèdre, 5% carigna
A dense and mineral Faugères which can be drunk from today! Superb with a lamb and rosemary casserole! All prices 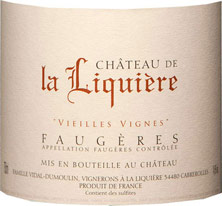 40% Grenache, 40% carignan, 10% Syrah, 10% Mourvèdre
A cuvée which perfectly conveys the specificity of the old varieties from which it is produced. Crunchy, taut and incredibly long in the finish ! All prices 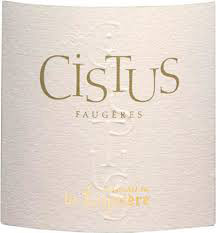 100% schistes
An attractive white Faugères wine: aromatic and elegant, an ideal partner for fish or scallops. All prices

40% Carignan, 40% Grenache, 10% Syrah, 10% Mourvèdre
Here is a great opportunity to buy an organic easy-drinking wine at a very attractive price. This fruity, supple and elegant wine pairs nicely with many kinds of meat. All prices